We will recommend a personalised treatment plan for you

Priligy is a prescription-only treatment for men experiencing premature ejaculation (PE). It is a short-acting selective serotonin reuptake inhibitor (SSRI) and contains the active ingredient dapoxetine. It has been available in the UK as a licensed treatment since 2013 and is not usually available on an NHS prescription. It is available as 30mg and 60mg tablets.

Get Started Find out more about Priligy How much does Priligy cost? 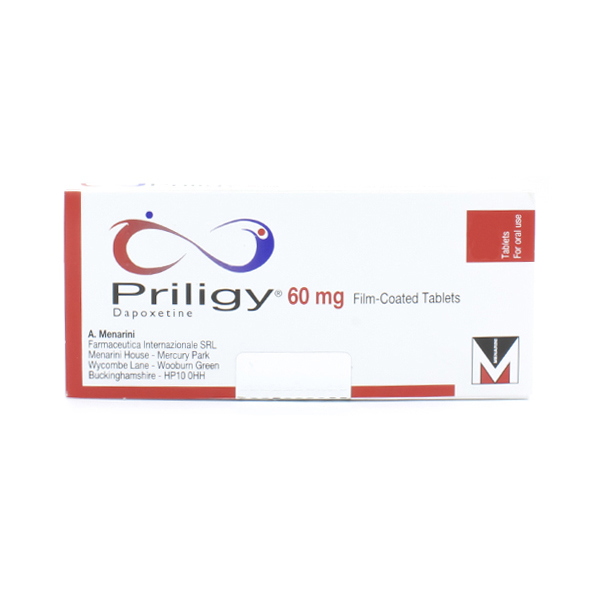 Get Started Find out more about Priligy How much does Priligy cost?
See all premature ejaculation treatments

I’m not sure how long I’m supposed to last, so how do I know if I’m experiencing premature ejaculation?

There isn’t a straightforward answer to this, premature ejaculation (PE) can mean different things to different people. In an NHS study of 500 couples, the average length of time of penetrative sex before ejaculation was five and a half minutes4. This is just an average, it’s quite normal to last longer or less than this. If you and your partner are happy with how long you last and the satisfaction you experience from sex, it’s not important to worry about how long others spend. Our doctors can carry out a consultation to help you decide if you would benefit from treatment.

If my premature ejaculation is resolved, will this also cure my erectile dysfunction?

PE and erectile dysfunction (ED) are two different issues that need to be treated individually. ED should be treated first. Medical treatments for ED and PE should not be combined.

Could my premature ejaculation be a sign of something more serious?

PE can be caused by several issues, many of which can be resolved over time or managed effectively. The important thing is that you are now taking steps to address it. As part of your consultation with our doctors, you will be asked some questions to make sure it is safe and appropriate, to treat your PE. If our doctors are concerned about any aspect of your health, we will advise you appropriately and may refer you back to your doctor.

How long after starting a course of tablets will I start to see results?

Your treatment for PE will only be taken when needed, not as a course of continuous treatment. The tablets should be taken between 1-3 hours before you expect sexual activity to happen. You shouldn’t take again until you are next anticipating sexual activity. Never take the tablets more than once in a day or any 24-hours.

Are there any side effects of the treatment?

What are the alternative treatments for premature ejaculation?

Priligy is the only licensed medical treatment for PE in the UK. Other non-medical self-help techniques are listed below which you may wish to try first. Although you may find using these techniques in combination with treatment gives you the best results.

Squeeze
Similar to the start/stop technique, as you feel that you are close to orgasm, you or your partner squeezes the head of your penis until you lose you erection. Then, when you’re ready, you can begin again; this can be repeated a few times before allowing yourself to orgasm.

If I don’t have premature ejaculation can I still take Priligy to make me last even longer?

No, PE treatments have only been shown to be effective in men who are experiencing PE. You may find that some of the self-help techniques in the answer above for men experiencing PE may be of some benefit.

How does my order arrive?

We understand the last thing you want is for your neighbours to know what is arriving at your door, which is why all our medicines are sent in discreet packaging, via DPD or Royal Mail. If we prescribe your medication before 1pm, your order will be shipped the same day. We provide you with a tracking number so you can track your parcel right to your door.

PrivateDoc is happy to introduce you to some of our leading UK licensed clinicians who will be supporting you through your PE journey.