Hormonal contraceptives work by over-riding the normal menstrual cycle. In a woman’s normal cycle the hormone levels change throughout the month and the hormones cause an egg to be released from the Ovaries and prepare the womb lining for the possible pregnancy.

If an egg has not been fertilised the hormone levels fall and the result is that the womb lining is shed and this occurs via a normal monthly bleed.

Evra patches have the same effect as the combined oral pill, by slowly releasing the required hormonal dosage from the patch for absorption via the skin.

How does Evra work?

Just like normal combined pills, Evra works by fooling the body into thinking that Ovulation has already occured. This prevents an egg from ripening and being released.

The combined hormones also have an effect of increasing the thickness of the natural mucus at the neck of the womb, which makes it increasingly difficult for sperm to cross from the vagina into the womb and onwards to meet an egg.

The hormones also have an effect on the quality of the womb lining for the duration of that cycle, making it less likely that an egg can implant there.

How much does Evra cost? 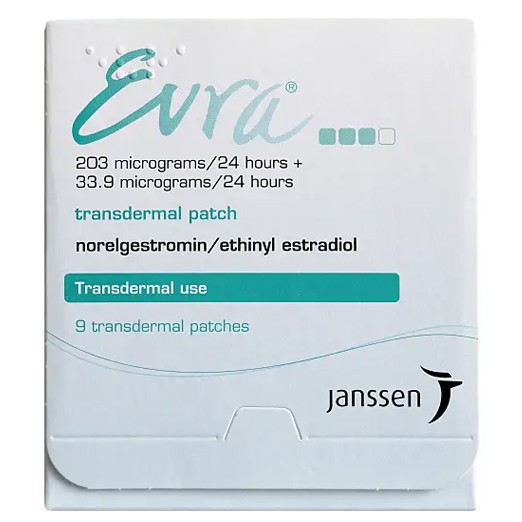 When can I start using Evra?

You start to use Evra at the same time as you would any other oral contraceptive pill such as Rigevidon.

Ready for your online visit?